Saying It as You See It

Creation was AMAZING! I wasn’t there but when I stop and meditate on how God, Jesus, and Holy Spirit worked together as One to create absolutely everything, I am amazed.

Can you imagine the conversation? God, being in the midst of nothing, begins to call forth the heavens and the earth. The first 3 days of creation were filled with God, Jesus, and Holy Spirit forming creation into being from that which did not exist. The last three days they were enjoying filling it.

The Hebrew word for created is bara’ which means to form, fashion, or produce. Bara’ is used to express forming something into existence and fashioning something that already existed into a new form, as in man being created from dust. So, the Hebrew word defines both ways God created.

As Christians, this is how we believe our world came forth. But let’s take a step back and see what it would have been like if, rather than seeing creation in His heart and then calling it forth, God instead looked at what was going on and agreed with it by speaking what He saw. God, Jesus, and Holy Spirit talk about the nothing that is around them, and that it’s just going to stay the way it is and nothing will change.

It doesn’t work does it? God saw nothing, so if He agreed with what He “saw” nothing would have been brought forth. Crazy thought isn’t it?

In Romans 4 we read about another situation where something was called forth from that which was not. This chapter tells us about Abraham’s faith and how he was made righteous not by his works but by believing in God.

God declared many things over Abram and Sarai long before they came to pass. God actually changed Abram’s name to Abraham (father of many nations) so that every time someone said his name, God’s truth was being spoken over him. Verses 17-21 of chapter 4 reads;

“(as it is written, ‘I have made you a father of many nations’) in the presence of Him whom he believed­–God, who gives life to the dead and calls those things which do not exist as though they did; who, contrary to hope, in hope believed, so that he became the father of many nations according to what was spoken, ‘So shall your descendants be.’ And not being weak in faith, he did not consider his own body, already dead (since he was about a hundred years old), and the deadness of Sarah’s womb. He did not waver at the promise of God through unbelief, but was strengthened in faith, giving glory to God, and being fully convinced that what He had promised He was also able to perform.”

We learn in these verses that:

When we look at the situations and circumstances around us we can easily become frustrated, defeated, negative, depressed, and eventually hopeless, if we allow the circumstances to define what we believe.

God is showing us how He created us and called us to walk by faith.

When we look at our life from God’s perspective we can begin to see the possibilities instead of the limitations and we can begin speaking into our situations by faith to call forth that which was not as though it is, and we will be strengthened in faith as we praise God through it!

The following are steps that we can take to walk in faith and call that which is not as though it is:

There is power in our declaration friend! All God’s promises for you are “Yes” and “Amen” in Jesus!

I have a short video that I have prepared that will help you apply this truth to your own life.

Click Here to listen to my testimony and teaching on decreeing God’s Word. It’s my free gift to you as you apply this truth to your life. 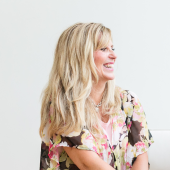 All stories by: Elle Stahlhut

I want to continue to add value to your life and share with you what is on my heart. I will be posting a video or blog weekly, sharing insights and keys you can use, so you can experience overflowing life.

Want to be alerted when the vlog has a new post? Click on the connect button and I will keep you updated.